A breathtaking performance by the Middle School of the Broadway musical West Side Story. Set in New York city in the 1950s, this musical is the modern version of Shakespeare’s Romeo and Juliet. Two New York street gangs, the Jets and their Puerto Rican rivals, the Sharks, fight over the control of their street. Racial tensions were strong then and are still a problem today. The “star-crossed lovers” from the rival gangs in this musical are Maria and Tony, who are tragically separated just as their love is beginning to bloom.

Leonard Bernstein’s complex music. While the 6th and 7th graders contributed their energy by singing the Jet Song, America, Tonight and Somewhere.

A complicated performance to put on stage, but as Mr. Murphy stated: “It was unquestionably one of the school’s strongest productions to date” 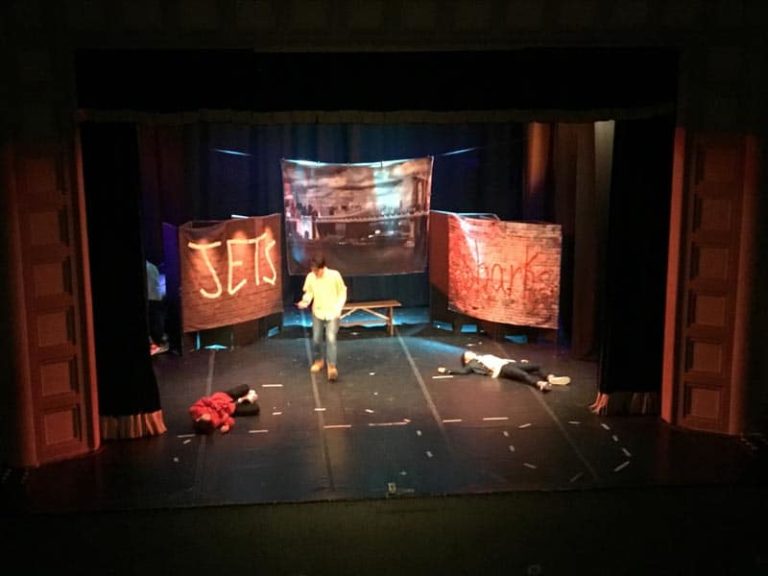 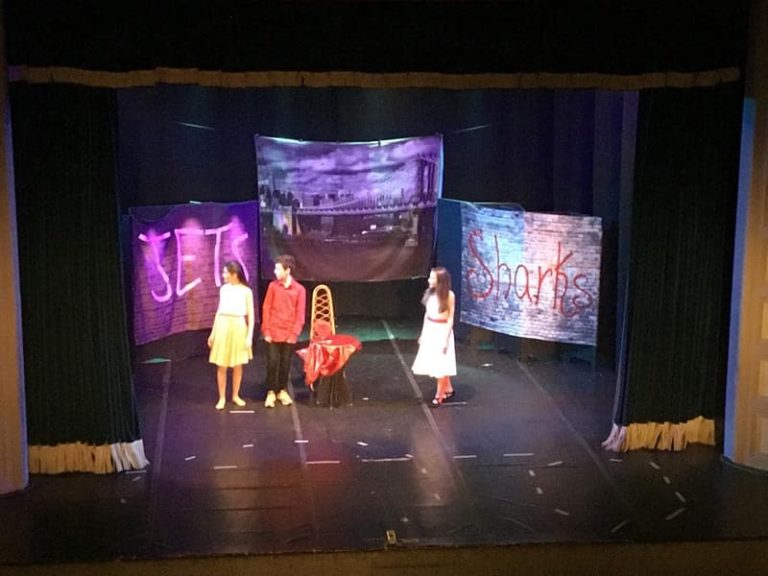 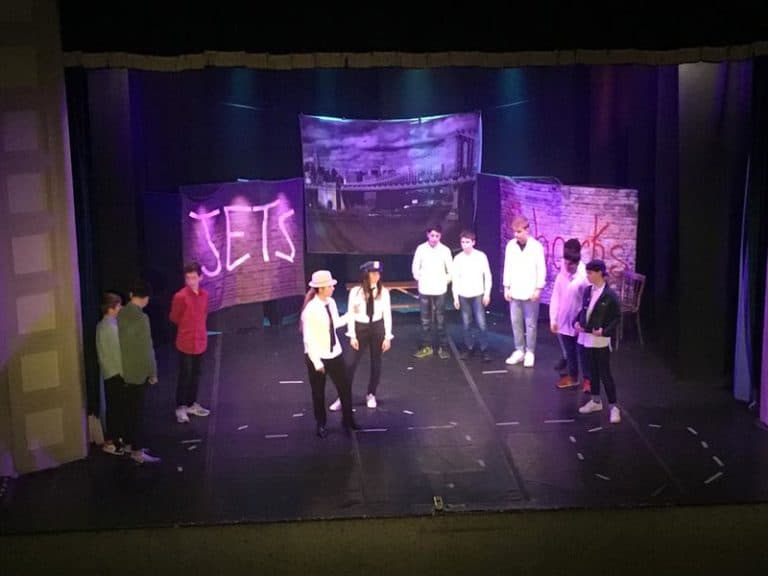 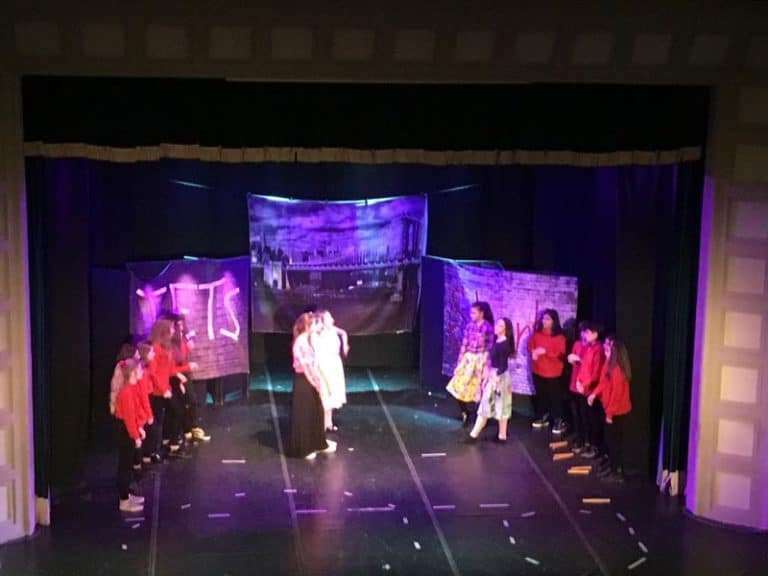 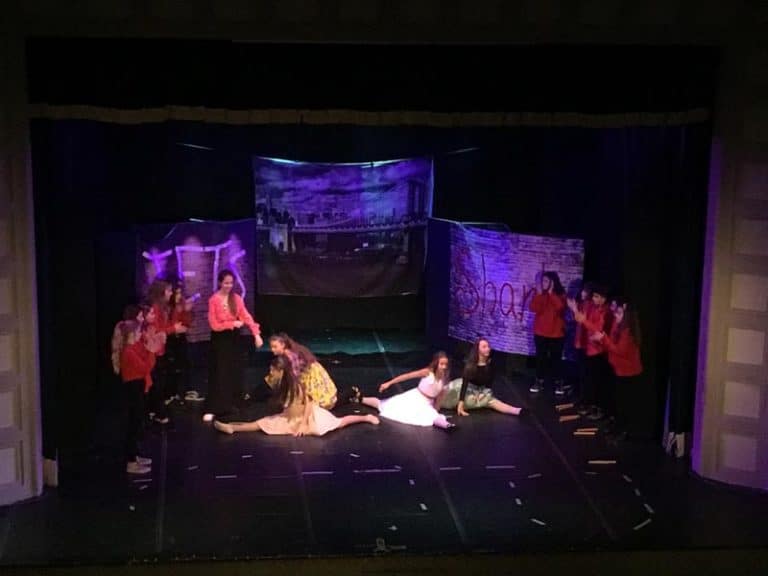 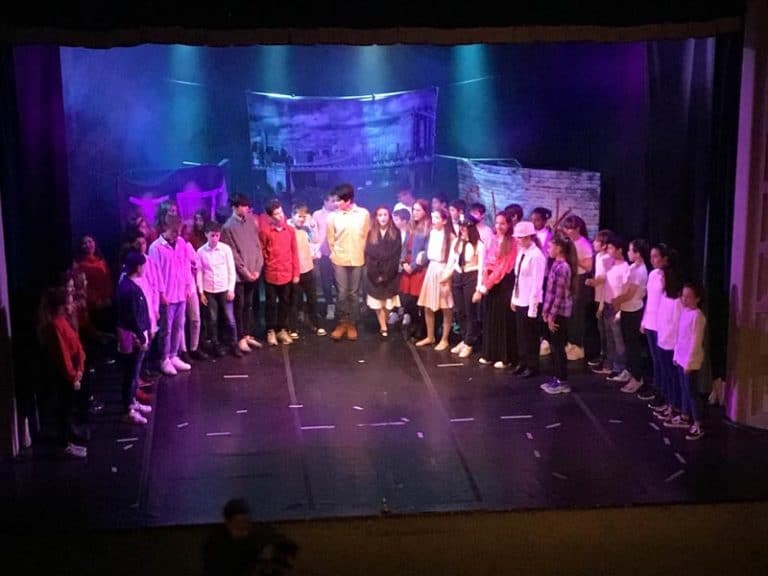