“We could’ve been anything that we wanted to be…”
7th graders decided they were weaker divided, becoming “Good Guys” in a knock-out production of Alan Parker’s musical comedy Bugsy Malone.

Set during the prohibition period where mobsters ruled the mean streets of New York and Chicago, two rival gangs – the ruthless Dandy Dan pitted against the ever-so slightly more endearing Fat Sam Stacetto – slug it out with their custard pies and splurge guns at the fore.
Meanwhile an on/off romance is developing between ex-boxer and small-time boxing promoter Bugsy Malone and the new singer in town Blousey Brown.

After Sam’s gang are all wiped out, Bugsy is called upon to save the day with the help of Leroy and a motley crew of down & outs.
Two successful shows left audiences thoroughly entertained and the 7th graders set their sights on Broadway! 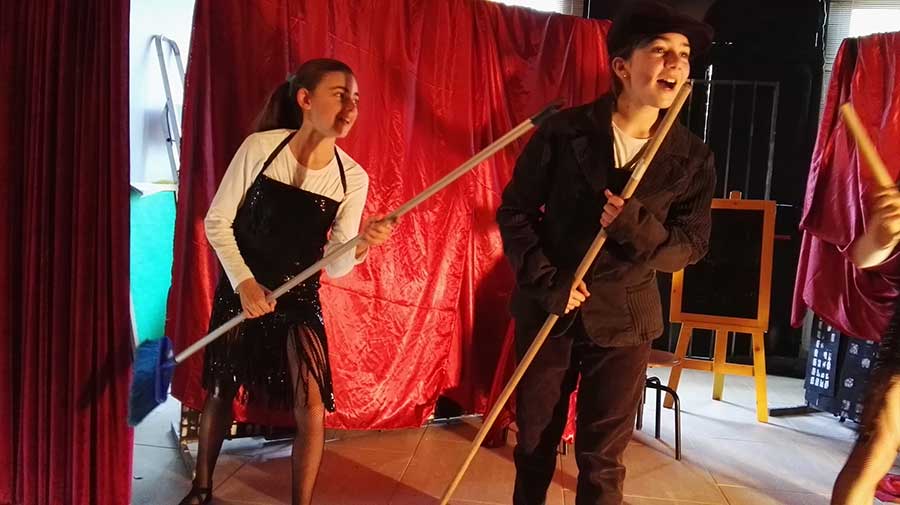 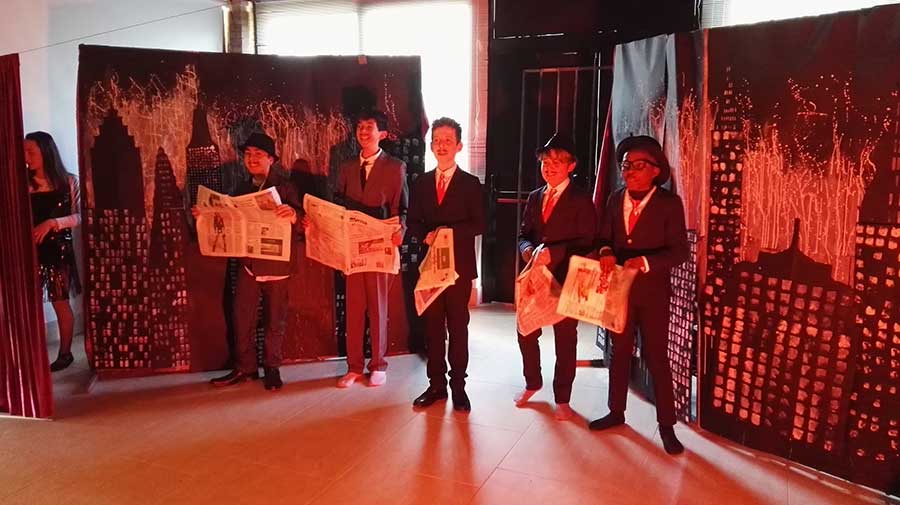 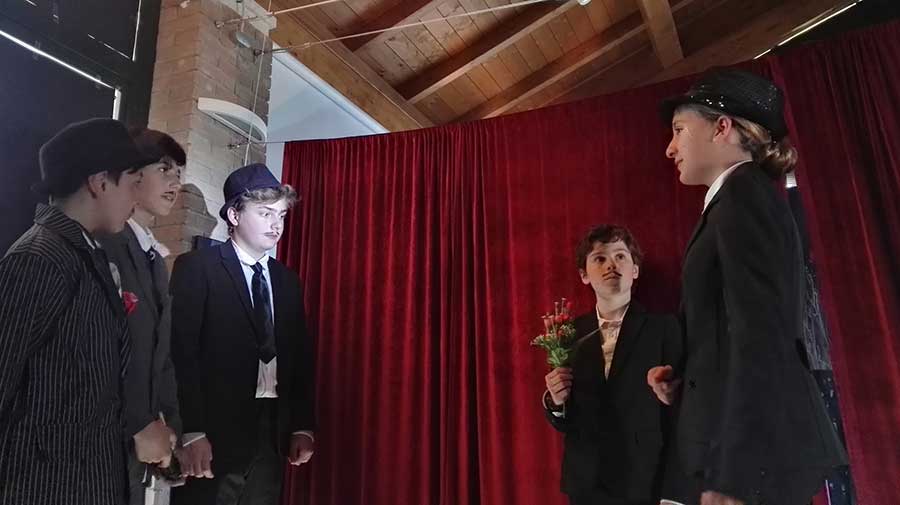